You are here: Home / Featured / Is Gender Prediction in Pregnancy Real? 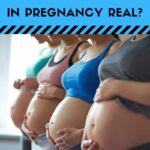 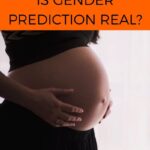 Isn’t it funny how sure people are about what you’re having? I recently found out I was having my second girl and it cracked me up how EVERYONE in my family was so convinced that she was going to be a boy. Why? Well, there are a million and one so-called indicators that can supposedly help you tell whether you’re having a boy or girl. Is gender prediction during pregnancy real?

Some of them are downright silly, but others actually do have some basis in scientific research. I will tell you right now, though, no matter how many “signals” or “feelings” you get about which gender you’re having, it’s truly a toss-up until you get that clear picture at your 18 to 20-week ultrasound.

Of course, waiting 20 weeks will drive you crazy, so knock yourself out with these – and see if your calculations end up giving you the right answer after all.

This one actually isn’t a total wives’ tale. Of course, it’s no foolproof indicator, but scientific studies have shown that women with hyperemesis gravidarum, or severe morning sickness, is more likely to be carrying a girl.

Then again, I’ve talked to handfuls of women who said that their boys gave them the worst morning sickness of all their pregnancies. Can you rely on this one as a gender prediction in pregnancy? You might have to take or leave it.

This gender myth has some accuracy to it. Supposedly, a slower heartbeat indicates you’re carrying a boy, while a speedier heartbeat means you’re having a girl. They say if the baby’s heartbeat is under 140, all signs point to boy, and over 140 means girl.

According to Sharon Mass, MD, an ob/GYN in New Jersey, hearts beat faster during the first 28 to 30 weeks of pregnancy, so when you’re still playing gender guessing games, heart rate isn’t a sure indicator one way or the other. However, later in pregnancy, the difference in heart rate becomes more apparent. According to WebMD, a study conducted in 1999 showed that a female baby’s heart does beat faster than a male’s.

Moving onto the indicators that are more wives’ tale than they are fact – your mom may rub your stomach and say, “Oh, yeah – you’re carrying low – that is definitely a boy.” Or, you might be told that if you’re carrying “high” or expanding horizontally, you’re having a girl. But the truth is, how you carry has to do with your body shape and how much weight you put on.

Legend has it that if you’re growing a girl, she will steal your beauty and the sign of that will be skin blemishes or pimples. Take it or leave it.

If you want to go all chemists with your gender predictions, “they say” that if you pee into a cup and mix in some Drano, you might get your answer. However, looking at different sources provided me different answers. Some sources said that a green color meant boy. Others said a green color meant girl. But either way, Dr. Mass says there is no difference in the acidity or alkalinity of a boy or girl chromosome. So…save your Drano for pipe clogs.

Wedding Ring on a Strand of Hair…?

This one sounds like an Internet person made it up to be funny, and of course, there is no scientific proof of this. But, people who follow traditional Chinese medicine will argue its accuracy by saying that the “body’s natural forces are at work.” Apparently, if you hang your wedding ring on a strand of your baby-daddy’s hair and hold it over your belly if the ring swings in circles it’s a girl. If it moves back and forth, it’s a boy.

Many people say that if you’re craving sweets, you’ve got a little girl on the way and if you are more into salty, savory snacks, you’re having a boy. Again, with this one, there are sources that say the complete opposite is true, too. We’d say this isn’t a gender prediction in pregnancy I would rely on.

I’m not one to buy into the Mayan predictions. That being said, the Chinese birth chart was accurate in predicting the gender of both my girls. What you do is, look at your age at conception and the year your baby was conceived. If both are even or odd numbers, it’s a girl. If one is odd and the other is even, it’s a boy.

Partner Packing it On?

Here’s a fun one that is not accurate in any way. If your partner has been indulging in your cravings and putting on “sympathy weight,” you’re in for a girl.

There are dozens more, some sillier than others. You’ll have relatives saying they “dreamed” the sex of your baby. You’ll have friends who are so sure of what you’re having that they’ll put money on it. But, when it’s all said and done, your chances really are 50/50.

How many of these were “accurate” gender predictions in pregnancy worked for your child?
Tell us in the comments below.

Are you a new mom or will be one soon? Maybe you know one?
Look for more tips, tricks, and other great articles on the Advice for a New Mom page 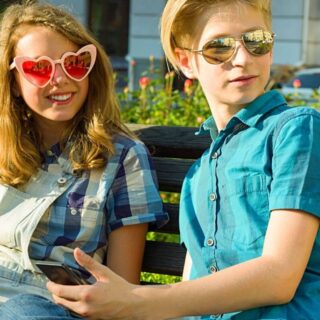