You are here: Home / Chicago / This scary word – GMO

What You Need to Know about GMOs? What has it? What doesn’t? I am seriously puzzled! I was lucky enough to get a hold of Kim Hack, a featured speaker of the workshop, and ask her few questions.

What do we need to know about GMOs?

The most important thing people need to understand is that genetic modification is not the same as the kind of selective breeding farmers have utilized for centuries to improve their crops and livestock.  Historically, nature has created the variability in the gene pool and man has only nurtured and replicated the preferred change.  As a result, variation occurred in a very narrow range and never crossed species.  GMOs represent the first instance of man creating the variability and doing it outside the laws of nature by splicing DNA of different species together.  This can only be called experimental and we have no deep experience and understanding to draw on in order to assess both the opportunities and the threats resulting from this radical change in genetics.

How often does an average person come in contact with GMOs?

GMOs were introduced in the mid-’90’s but are now widespread in several of the “linchpin” crops–those with wide-ranging usage and significant frequency.  More than 90% of the soybean, canola, and sugar beet crops are genetically modified as well as more than 80% of the corn grown in the U.S.  Because these are the basis of most processed foods as well as most food additives, it’s virtually impossible to avoid GMO’s in our diets.  And yet, no labeling law has been passed to date so most consumers remain unaware of their prevalance.

One of the most common GMO techniques is to splice pest-resistant bacteria genes into those of commodity crops like corn so that every cell of the plant produces its own pesticide.  While this obviously reduces the need for spraying toxic pesticides (a positive in terms of runoff and residue), it means that no amount of washing will remove it and we can not avoid ingesting it.  From a regulatory standpoint, GMO crops are considered pesticides, not foods, despite the fact they remain unlabeled.

Ultimately, what is the worst thing about GMOs?

Although we have not had centuries of experience with this new man-made technology, wide-ranging issues have started to surface.  Collateral damage to insects and animals eating these modified crops as well as build-up in the soil resulting from a slower breakdown rate than naturally occurring bacteria have environmental scientists concerned.  More alarming is the fact that these transgenic genes migrate more easily, creating “biologic pollution” that is more difficult to contain and clean-up.  The degree to which they can colonize the beneficial bacterial biome in our guts is just beginning to be studied.  In addition, because antibiotic-resistant bacteria are typically used as a “marker” in GMO splicing, as these transgenic organisms expand their presence, they expand the circle of resistance among microbes in the soil, pests, weeds and organisms attacking our own systems.

Is there good news? How do I find GMO free product?
Although GMO foods currently are not labeled, the USDA Organic label and the Certified GMO Free labels indicate their absence. The number of products being tinkered with is increasing all the time, but most fruits and vegetables are safe bets.  Conventionally raised livestock likely ate GMO crops, but wild fish (not farm-raised) should be OK.  If people steer clear of packaged/processed foods they will avoid the lions share of GMO crops and food additives.

Kim is a marketing strategist, serial entrepreneur and passionate foodie.  She’s made her living both inside and outside Fortune 100 companies, spent many years in the wine industry and launched a chocolate business.  She holds a BA, MBA, AD and sommelier certificate.  As founding chapter chair of the American Institute of Wine & Food, Kim’s had the opportunity to work with experts from across the country to learn about the impact of our food choices.  This year, she’s put her money where her mouth is: both as a founding member of SLoFIG, a network of angel investors focused on creating a robust local food system, and as a shareholder in Two Roads farm.  She believes that returning livestock to pasture is more likely to solve the world’s problems than Congress.

Thank You Good Food Festival for making this interview possible. 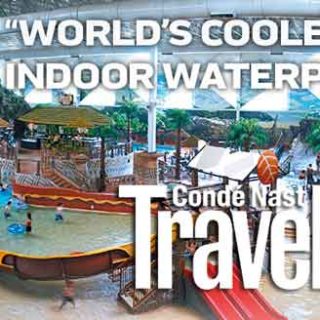